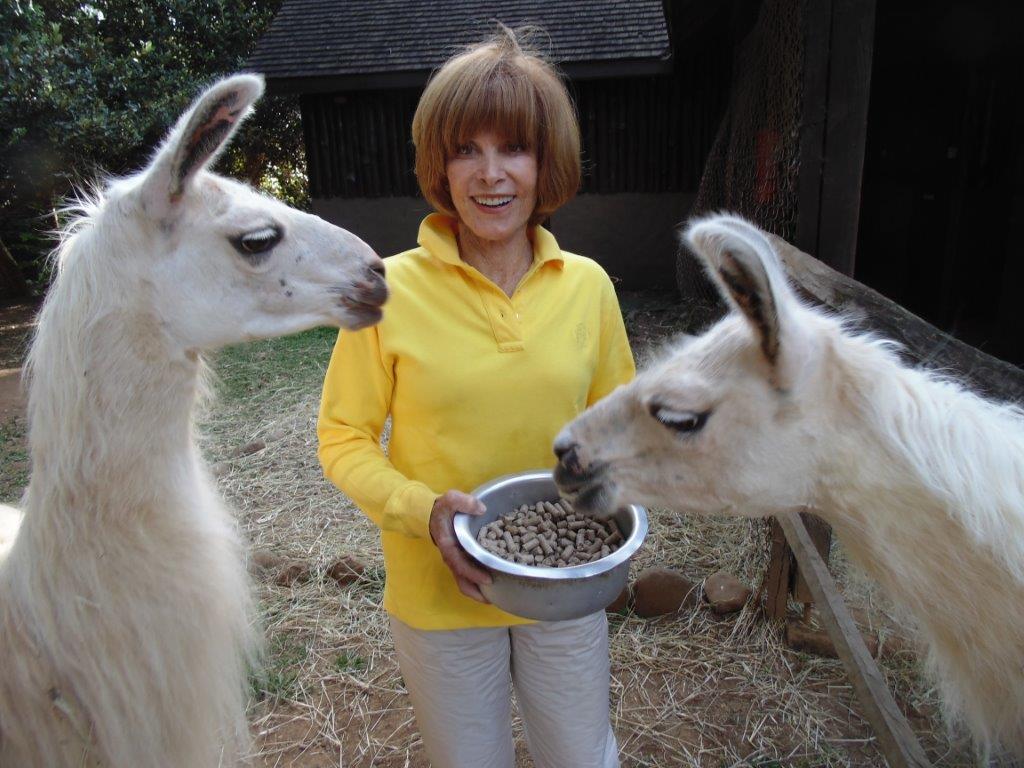 The education center is home to a herd of llamas, who we consider to be "the greatest ambassadors the animal kingdom could have in Africa".

You can help support our work by Adopting A Llama, and giving our students the unique opportunity to learn first-hand about llamas.

On May 18, 1990 four llamas arrived at the education center. The llamas, named Evita, Cassanova, Misti and Tomas - made the historic trip via Air France, traveling thousands of miles through Chile, Brazil, Poland, Germany, and France. They were donated to the education center by the International Animal Exchange's directors Tom and Brian Hunt, brothers of our late vice president Don Hunt.

Llamas are the camels of the Andes, descended from the same gene pool of cameloid. They resemble the Kenyan giraffe and camels. 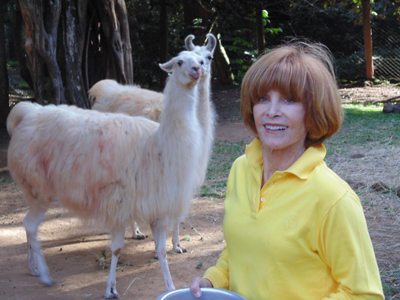 Since 1990, the thousands of students who have visited our education center have been given the unique opportunity to learn first-hand about biodiversity through understanding how llamas evolved and adapted to their high altitude existance as South America separated from its African origins.

When you Adopt A Llama you continue to inspire our students, giving them first-hand knowledge about the greatest ambassadors of the animal kingdom.

The cost of each symbolic adoption is $50.00, and for your donation you will receive an 8x10 certificate of your symbolic adoption along with a 5x7 photo of WHWF president with one of our llamas, which will come in a WHWF folder.

Please use the below PayPal button to Adopt A Llama. If this is a gift adoption, please let us know the name and address of the gift recipient. 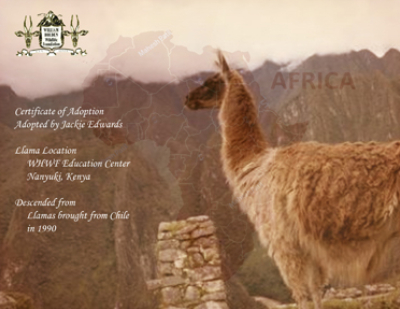 If you would like to send a check please make it payable to the William Holden Wildlife Foundation and mail it to: